Everything About BP – $BP.LN the British oil and gas company 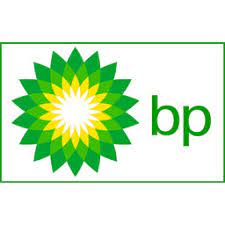 What BP is doing in more details?

BP is one of the largest oil and gas companies in the world. BP explores, produces and sells oil and gas, fuels, lubricants, wind power, and biofuels.

It has operations throughout the world, but generates most of its revenue from outside of US. In 2021, the company’s reportable segments changed consistent with a change in the way that resources are allocated and performance.

Where BP is Operating?

BP has two major operating segments: Downstream and Upstream. Rosneft is also reported as its segment.

The downstream segment is BP’s primary earner, bringing in some 90% of total sales. BP manages the refining, manufacturing, marketing, transportation, and supply and trading of crude oil, petroleum, petrochemicals products, lubricants, and related services to wholesale and retail customers.

BP’s interest in Rosneft is accounted for using the equity method, the biggest oil producer in Russia, and although reported as a separate operating segment it does not contribute to sales.

Where is the geographical reach of BP?

Its upstream activities in Americas are located in deepwater Gulf of Mexico, the Lower 48 states, Canada, Mexico, Argentina, Brazil and Trinidad & Tobago and through PAEG, a joint venture that is owned by BP (50%) and Bridas Corp. (50%), in Argentina, Bolivia and Uruguay.

It also has activities in Africa are located in Algeria, Angola, Côte d’Ivoire, Egypt, The Gambia, Libya, Mauritania, São Tomé & Príncipe and Senegal.

In terms of revenue, US is the company’s largest market, generating some 30% of total revenue.

What is BP’s Sales and Marketing Strategy?

BP primarily sells oil and gas through pipelines and by ship, truck and rail, serving 11.5 million retail customer every day.

Major company brands include eponymous BP, as well as AMOCO, ampm, Aral, and Castrol. With more than 2.5 million customers visit an Aral service station, Aral is one of the most recognized brands in Germany, while BP and Castrol are leading brands of motor oil and lubricants.

US retail brand ampm has more than 950 locations throughout the US west coast.

What is BP Financial Performance?

The company’s revenue decreased to $180.4 billion compared from the prior year with $278.4 billion.

Cash held by the company at the end of fiscal 2020 increased to $31.1 billion. Cash provided by operations and financing activities were $12.2 billion and $4.0 billion, respectively.

Cash used for investing activities was $7.9 billion, mainly for expenditure on property, plant and equipment, intangible and other assets.

What is BP Future Strategy?

The company focuses on three areas of activity: low carbon electricity and energy, convenience and mobility, and resilient and focused hydrocarbons. Each focus area represents an attractive opportunity in its own right. Taken individually, they are not unique to BP.

But the company plan to leverage three sources of differentiation to help BP amplify value: integrating energy systems, partnering with countries, cities and industries, and driving digital and innovation.

What is BP’s Background?

BP’s history dates back to efforts of British companies to capitalize on discoveries of rich oil deposits in Middle East in the late 19th and early 20th Centuries. These included the Anglo-Persian Oil Company (later the Anglo-Iranian Oil Company), in which the British Government took a majority share in 1914.

It became British Petroleum in 1954, and, following a number of other acquisitions, became BP in 2000. BP’s modern history is marked by the 2010 Deepwater Horizon disaster, a massive spill in the Gulf of Mexico that resulted in the highest fines and penalties in the history of the US.