Everything About Canadian Natural Resources – $CNQ.CN the senior oil and natural gas company 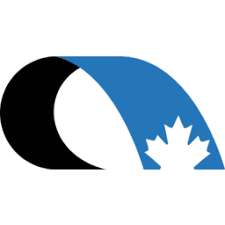 What Canadian Natural Resources is doing in more details?

The company’s principal core regions of operations are western Canada, the UK sector of the North Sea and Offshore Africa. In addition, the company has major interests in oil sands production in Canada.

Where Canadian Natural Resources is Operating?

Canadian Natural Resources generates more than half of its revenue through three geographic segment activities. These include the exploration, development, production and marketing of crude oil, natural gas liquids and natural gas.

The company’s Oil Sands Mining and Upgrading activities, account for about 45% of revenue, are reported in a separate segment from exploration and production activities. Midstream and Refining activities include the company’s pipeline operations, an electricity co-generation system and NWRP.

Where is the geographical reach of Canadian Natural Resources?

Canadian Natural Resources’ exploration and production activities are conducted in three geographic segments: North America (accounts for about 50% of total revenue); North Sea (around 5%); and Offshore Africa (less than 5%).

The company is headquartered in Calgary, Alberta with about 15 domestic operating locations. It also has nearly 5 international offices in Central Africa, the UK, and West Africa.

What is Canadian Natural Resources’ Sales and Marketing Strategy?

Note: Growth rates may differ after conversion to US Dollars.

The net loss for 2020 included net after-tax income of $321 million related to the effects of share-based compensation, risk management activities, fluctuations in foreign exchange rates, the foreign exchange gain on the settlement of the cross currency swaps, the gain on acquisition, disposition and revaluation, the loss from investments, and a provision relating to the Keystone XL pipeline project.

The company strives to meet these objectives in a sustainable and responsible way, maintaining a commitment to environmental stewardship and safety excellence.

The company strives to meet these objectives by having a defined growth and value enhancement plan for each of its products and segments. The company takes a balanced approach to growth and investments and focuses on creating long-term shareholder value.

Strategic accretive acquisitions are a key component of the company’s strategy. The company has used a combination of internally generated cash flows and debt and equity financing to selectively acquire properties generating future cash flows in its core areas.

The company’s financial discipline, commitment to a strong balance sheet, and capacity to internally generate cash flows provides the means to responsibly and sustainability grow in the long term.

What are Canadian Natural Resources’ Mergers and Acquisitions?

This transaction also allows to further insulate against natural gas costs in oils sands operations and has minimal impact on the low overall corporate decline rate.

What is Canadian Natural Resources’ Background?