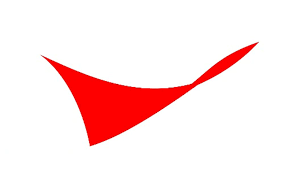 What ConocoPhillips is doing in more details?

Proudly combining the two venerable oil industry names of Conoco and Phillips, ConocoPhillips is the world’s largest independent exploration and production company based on reserves and oil production.

Where ConocoPhillips is Operating?

ConocoPhillips divides its operations by region: Lower 48 (the US mainland), Alaska, Canada, Europe, Middle East and North Africa, Asia Pacific, and Other International.

The Lower 48 segment generates over 50% of revenue and operates in the US and the Gulf of Mexico. It contributes 40% of ConocoPhillips’ worldwide liquids production and about 45% of its natural gas production.

The Europe, Middle East and North Africa segment accounts for 10% of revenue and is active mainly in Norway, the UK, Qatar, and Libya. It contributes more than 10% ConocoPhillips’ worldwide liquids and 20% natural gas production.

The Alaska segment contributes over 15% of total revenue. It accounts for over 25% of the company’s worldwide liquids production and 1% natural gas.

The Asia Pacific segment brings in almost 15% of total sales and has exploration and production operations in China, Indonesia, Malaysia, and Australia The segment accounts for 10% of the company’s liquids production and some 30% of its natural gas production.

ConocoPhillips’ Canadian operations (the Surmont oil sands development in Alberta and the liquids-rich Montney unconventional play in British Columbia) bring in over 5% of sales and accounts for nearly 10% of worldwide liquids production and almost 5% of its natural gas production.

Where is the geographical reach of ConocoPhillips?

The US accounts for over 50% of the company’s revenue. In the Lower 48 its biggest holdings are the 610,000 acre holding in the Bakken formation in North Dakota and Eastern Montana and about 200,00 acres in the Eagle Ford formation in South Texas.

In Canada, its largest holding is an oil sands development in the Athabasca Region of northeastern Alberta and a liquids-rich formation in Western Canada. Its Alaska operation is the biggest producer of crude oil in North America.

It has major ownership stakes in two of the continents largest oil fields, Prudhoe Bay and Kuparuk on Alaska’s North Slope.

In Europe, Middle East and North Africa, its major assets include the Greater Ekofisk Area (Norway), Heidrunfield (UK), and Aasta Hansteen in the Norwegian Sea. Its major assets in the Asia-Pacific region include the Australian Pacific LNG and the Bayu-Undan field between Timor-Leste and Australia.

What is ConocoPhillips’ Sales and Marketing Strategy?

ConocoPhillips’ worldwide commodity portfolio (natural gas, crude oil, bitumen, NGLs and LNG) is marketed through offices in the US, Canada, Europe and Asia. Commodity sales (made at prevailing market prices) are boosted through the purchase of third-party volumes for better economies of scale in trading transactions.

What is ConocoPhillips Financial Performance?

ConocoPhillips’ revenue has experienced a decrease of nearly 50% over the past three years. The company reported a revenue of $18.8 billion in 2020, or a drop of over 40% compared to the prior year. The decrease is mainly due to lower realized commodity prices and lower sales volumes.

This was mainly due to lower realized commodity prices, lower sales volume due to normal field decline, asset dispositions and production curtailments, and the absence of a $2.1 billion after-tax gain associated with the completion of the sale of two ConocoPhillips UK subsidiaries.

What is ConocoPhillips Future Strategy?

ConocoPhillips’ strategy is to create value through price cycles by delivering on the foundational principles that underpin its value proposition; free cash flow generation, a strong balance sheet, commitment to differential returns of and on capital, and ESG leadership.

As a result of the acquisition of Concho, the company commenced a restructuring program in the first quarter of 2021 in association with combining the operations of the two companies. The company strives to attract, develop and retain individuals with the knowledge and skills.

What are ConocoPhillips’ Mergers and Acquisitions?

In early 2021, ConocoPhillips completed its acquisition of Concho Resources Inc. (Concho), an independent oil and gas exploration and production company with operations across New Mexico and West Texas.

The addition of complementary acreage in the Delaware and Midland Basins creates a sizeable Permian presence to augment its leading unconventional positions in the Eagle Ford and Bakken in the Lower 48 and the Montney in Canada.

This acquisition consisted primarily of undeveloped properties and included 140,000 net acres in the liquids-rich Inga Fireweed asset Montney zone, which is directly adjacent to its existing Montney position.

What is ConocoPhillips’s Background?

What is ConocoPhillips’ History?

The roots of ConocoPhillips go back more than a century and run deep into the history of the US oil industry.

Isaac Elder Blake, an Easterner who had lost everything on a bad investment, came to Ogden, Utah, and founded Continental Oil & Transportation (CO&T) in 1875. In 1885 CO&T merged with Standard Oil’s operations in the Rockies and was reincorporated in Colorado as Continental Oil.

Continental tightened its grip on the Rocky Mountain area and by 1906 had taken over 98% of the western market. Its monopoly ended in 1911 when the US Supreme Court ordered Standard to divest several holdings: Continental was one of 34 independent oil companies created in 1913.

Seeing opportunity in autos, Continental built a gas station in 1914. Two years later it got into oil production when it bought United Oil, and by 1924 it had become fully integrated by merging with Mutual Oil, which owned production, refining, and distribution assets.

Continental’s biggest merger came in 1929 when it merged with Marland Oil of Oklahoma.

Continental diversified in the 1960s, acquiring American Agricultural Chemicals in 1963 and Consolidation Coal (Consol) in 1966. Restructuring in the 1970s into Conoco Chemical, Consol, and two petroleum divisions, the company ramped up oil exploration and entered ventures to develop uranium.

In the late 1970s, Conoco began joint ventures with chemical titan DuPont. The companies worked together well, and in 1981 Conoco was acquired by DuPont to forestall hostile takeover attempts by Mobil and Seagram.

DuPont sold off $1.5 billion of Conoco’s assets and absorbed Conoco Chemical. In 1998, however, DuPont spun off Conoco in what was the US’s largest-ever IPO at the time (DuPont had completely divested its 70% stake by the next year).

Conoco expanded its natural gas reserves in 2001 by buying Gulf Canada Resources for $4.3 billion in cash and $2 billion in assumed debt. Also that year Conoco agreed to merge with Phillips Petroleum.

The story of Phillips Petroleum begins with Frank Phillips, a prosperous Iowa barber who married a banker’s daughter in 1897 and began selling bonds.

When a missionary who worked with Native Americans in Oklahoma regaled him with stories about the oil patch, Phillips migrated to Bartlesville, Oklahoma, and established Anchor Oil in 1903.

Anchor’s first two wells were dry, but the next one — the Anna Anderson No. 1 — was the first of a string of 81 successful wells. Phillips and his brother L. E., doubling as bankers in Bartlesville, transformed Anchor into Phillips Petroleum in 1917.

With continued success on Native American lands in Oklahoma, Phillips moved into refining and marketing. In 1927 the company opened its first gas station in Wichita, Kansas. Frank Phillips retired after WWII and died in 1950.

During the 1980s Phillips became a target of takeover attempts. To fend off bids from corporate raiders T. Boone Pickens (1984) and Carl Icahn (1985), Phillips repurchased stock and ran its debt up to $9 billion.

It then cut 8,300 jobs and sold billions of dollars’ worth of assets; strong petrochemicals earnings kept it afloat.

As part of an industry trend to share costs of less-profitable operations, Phillips and Conoco flirted with the idea of merging their marketing and refining operations in 1996, but the talks failed.

Discussions between Phillips and Ultramar Diamond Shamrock about merging the companies’ North American oil refining and marketing operations broke down in 1999.

James Mulva took over as CEO in 1999, and Phillips decided to shift its focus to its upstream operations. The company combined its natural gas gathering and processing operations with those of Duke Energy in 2000 and received a minority stake in a new company, Duke Energy Field Services.

Also that year Phillips acquired ARCO’s Alaska assets for $7 billion and merged its chemicals division with that of Chevron (later ChevronTexaco, and still later Chevron once again).

In 2001, however, Phillips elected to expand its refining and marketing operations rather than spin them off, and the company bought Tosco for about $7.3 billion in stock and $2 billion in assumed debt. Big as it was, the Tosco deal was eclipsed the next year by the merger of Phillips and Conoco.

In 2003, as part of its plan to exit the retail business, the company sold its Circle K gas station chain to Alimentation Couche-Tard for $812 million.

In a major strategic reorganization, in 2012 ConocoPhillips spun off its refining and marketing unit as Phillips 66. Prior to that event the then-integrated company had a refining capacity of more than 2.2 million barrels per day.

The company also had 8,300 retail outlets in the US under the 76, Conoco, and Phillips 66 brands, and at 1,700 owned or dealer-owned gas stations in Europe.

The Phillips 66 company absorbed the refining and marketing, midstream, and chemicals businesses, freeing up ConocoPhillips as a pure exploration and production play.

The spin off was seen as a way to add more value for investors by creating two public traded companies with separate strategic businesses – ConocoPhillips (upstream activities) and Phillips 66 (midstream and downstream activities).