Everything About Ecopetrol – $ECOPETL.CB the largest oil company in Colombia 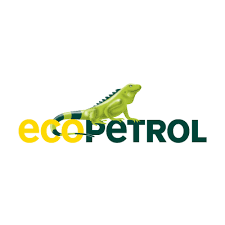 Ecopetrol SA is an integrated oil company. The Company owns interests in oil producing fields in the central area, south, west and north of Colombia as well as refineries, ports for fuel exports and imports on both coasts and the transportation network of pipelines and polyducts throughout the Colombian territory.

What Ecopetrol is doing in more details?

The largest company in Colombia (where it accounts for 60% of national production and is one of the world’s 40 largest oil companies), Ecopetrol has two large refineries (Barrancabermeja and Cartagena) strategically located to supply the domestic market and to export oil and oil products to the southern US.

Ecopetrol explores for oil and gas across Colombia, and is expanding internationally through exploration partnerships in Brazil, Peru, and the US Gulf of Mexico. In 2013 the company reported proved reserves of more than 1.4 billion barrels of oil equivalent.

Where is the geographical reach of Ecopetrol?

Headquartered in Bogota, Colombia, the company has exploration and production activities in Brazil, Peru, and the US (Gulf of Mexico). In 2013 it derived almost 40% of its revenues from Colombia, and nearly 30% from the US.

What is Ecopetrol’s Sales and Marketing Strategy?

The company’s crude oil export sales are made both in the spot market and through long-term contracts, primarily to refiners in the US Gulf Coast, Far East, Europe and the U. West Coast. It sell natural gas to distribution companies through take-or-pay or swing contracts.

What is Ecopetrol Future Strategy?

Ecopetrol’s strategy is focused on supplying the local market and exporting crude oil, refined products, petrochemical products and natural gas to end-users, including refineries and wholesalers, in order to improve its margins.

It also intends to increase its market participation in crude oil and refined products in Asia and Europe.

In an effort to enhance the strategic and logistical framework of Colombia’s oil industry in response to the increase in hydrocarbon production and higher sales of crudes and refined products, both within Colombia and on the international markets, in 2012, the company established Cenit as a wholly-owned subsidiary specializing in logistics and transportation of hydrocarbons within Colombia.

During 2012 the company acquired 23,908 kilometers of additional seismic equivalent, which includes 13,908 kilometers in the US Gulf Coast and 10,000 kilometers in Brazil. During the first quarter of 2013 it drilled five stratigraphic wells, out of which two exhibited evidence of hydrocarbons (Segua 1 and Circe 1).