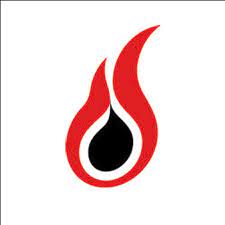 What EOG Resources is doing in more details?

Large-scale shale is the Holy Grail for oil prospector EOG Resources. It engages in exploration, development, production and marketing of natural gas and crude oil originating in the Eagle Ford Shale and Barnett Shale in Texas and the Bakken formation in North Dakota.

Of its approximately 3.3 million BOE reserves, EOG holds nearly 1.7 million barrels in crude oil and condensates, with an approximately 5.3 billion cubic feet of natural gas. The US is the company’s largest market.

Where EOG Resources is Operating?

Additionally, EOG has acreage in the Wolfcamp Shale within the Midland Basin. Sales of crude oil and crude condensates account for around 55% of total sales, natural gas sales account for roughly 10%, and NGLs (natural gas liquids) nearly 5%.

EOG also conducts gas gathering, processing, and marketing, which together bring in more than 30% of the company’s sales. It sells oil and natural gas in local downstream markets, transported either by pipeline.

EOG operates its own sand mine and sand processing plants in Wisconsin and Texas, to support EOG exploration and development operations.

Where is the geographical reach of EOG Resources?

Based in Texas, EOG has a presence in three major shale plays of the US? the Eagle Ford Shale and Barnett Shale in Texas and the Bakken Formation in North Dakota. Though most of its assets are in the US, EOG also has operations in Canada, offshore Trinidad, and the Sichuan Basin in China.

The US accounts for over 95% of the company’s proved reserves.

What is EOG Resources’ Sales and Marketing Strategy?

What is EOG Resources Financial Performance?

Cash holdings grew $472 million to $2.0 billion at the end of 2019. Operations generated $8.1 billion, which was offset by $6.2 billion used for investments (mostly in additions of new oil & gas properties), plus $1.5 billion of outflows to financing activities (primarily in debt repayments).

What is EOG Resources Future Strategy?

EOG’s business strategy is to maximize the rate of return on investment of capital by controlling operating and capital costs and maximizing reserve recoveries. Pursuant to this strategy, each prospective drilling location is evaluated by its estimated rate of return.

This strategy is intended to enhance the generation of cash flow and earnings from each unit of production on a cost-effective basis, allowing EOG to deliver long-term production growth while maintaining a strong balance sheet.

EOG is focused on cost-effective utilization of advanced technology associated with three-dimensional seismic and microseismic data, the development of reservoir simulation models, the use of improved drilling equipment, completion technologies for horizontal drilling and formation evaluation.

These advanced technologies are used, as appropriate, throughout EOG to reduce the risks and costs associated with all aspects of oil and gas exploration, development and exploitation.

EOG implements its strategy primarily by emphasizing the drilling of internally generated prospects in order to find and develop low-cost reserves.

Maintaining the lowest possible operating cost structure that is consistent with efficient, safe and environmentally responsible operations is also an important goal in the implementation of EOG’s strategy.

What is EOG Resources’ History?

In 1987 Enron formed Enron Oil & Gas from its existing InterNorth and Houston Natural Gas operations to concentrate on exploration for oil and natural gas and their production.

Enron maintained full ownership until 1989, when it spun off 16% of Enron Oil & Gas to the public, raising about $200 million. Later offerings reduced its holdings to just over 50%.

Enron Oil & Gas in 1992 was awarded a 95% working interest in three fields off Trinidad that previously had been held by government-owned companies. Two years later the company assumed the operations of three drilling blocks off Bombay (including the Tapti field), as well as a 30% interest in them.

In 1997 the company inked a 30-year production contract with China. The company made a major discovery of natural gas in offshore Trinidad in 1998. That year Mark Papa succeeded Forrest Hoglund as CEO (Papa became chairman in 1999).

The next year EOG won contracts to develop properties in Canada’s Northwest Territories. It also moved into the Appalachian Basin in 2000, through the acquisition of Somerset Oil & Gas.

Buoyed by a strong performance that year, the company increased its capital spending on North American exploration by more than 30%, and in 2001 it bought Energy Search, a small natural gas exploration and production company that operated in the Appalachian Basin.