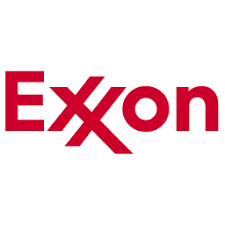 What Exxon Mobil is doing in more details?

Exxon Mobil Corporation is the world’s #1 publicly traded oil company, rivaled only by giants like Shell, BP, and Total. Its vast portfolio holds more than 22 billion barrels of oil equivalent of proved reserves, spread across some 15 countries on six continents.

The company has a huge daily average output: about 1.7 million barrels of crude oil, 269,000 barrels of NGLs, and 9.4 billion cubic feet of natural gas. Its biggest business is selling refined products through approximately 19,000 gas stations around the world.

Exxon Mobil is also a provider in the chemicals industry, manufacturing olefins, polyolefins, and aromatics that form the base for many plastic products. The company’s brands?ExxonMobil, Exxon, Esso, Mobil, and XTO? enjoy global recognition.

Where Exxon Mobil is Operating?

The Downstream segment accounts for some 80% of the company’s annual revenue. With around refineries spread across about countries, Exxon Mobil has a 4.7 million barrels of oil equivalent distillation capacity per day. The corporation also manufactures, trades, and sells petroleum products like fuels, lubricants, and feedstock.

Its Chemicals segment (10%) manufactures and sells olefins, polyolefins, aromatics, and petrochemicals that are used as the base for other petrochemicals and plastics.

ExxonMobil’s Upstream segment maintains exploration and development assets that holds some 22 billion BOE in proved reserves. Around 10% of its sales comes from this segment.

Where is the geographical reach of Exxon Mobil?

A majority of Exxon Mobil’s assets are in North America (23 million net acres), half of which are in the US. Core assets include the Permian Basin, the Bakken oil play, and the Marcellus, the Haynesville shale and Utica shale plays.

The rest of Exxon Mobil’s assets are scattered across more than 20 countries in Asia, Europe, Africa, and Australia. International growth has come from assets in Guyana, and Mozambique.

About 35% of the company’s sales comes from the US.

What is Exxon Mobil’s Sales and Marketing Strategy?

Exxon Mobil sells its products and services under the Exxon, Esso, Synergy, and Mobil brands. The company is contractually committed to deliver 44 million barrels of oil and 2,500 billion cubic feet of natural gas during the 2020-22 period.

What is Exxon Mobil Financial Performance?

The company’s cash and cash equivalents grew by $47 million, ending 2019 with $3.1 billion on hand. Cash from operations generated $29.7 billion, while cash from investing used $23.1 million ($24.4 billion going towards net purchase of property, plant, and equipment).

Financing activities further used $6.6 million, a majority of which went towards cash dividends.

What is Exxon Mobil Future Strategy?

The company’s fundamental Downstream business strategies competitively position the company across a range of market conditions.

These strategies include targeting best in class operations in all aspects of the business, maximizing value from advanced technologies, capitalizing on integration across ExxonMobil businesses, selectively investing for resilient, advantaged returns, operating efficiently and effectively, and providing quality, valued and differentiated products and services to customers.

What is Exxon Mobil’s Background?

With a storied 137-year history, Exxon Mobil is a pioneering energy company. A giant to emerge from the break-up of Standard Oil in 1911, it became a top publicly traded energy company after its merger with Mobil in 1999.

In any given year, the company also fights a range of lawsuits, ranging from leaky petrol stations in the US to political bribery allegations on foreign lands.

What is Exxon Mobil’s History?

Realizing that the price of oil at the well would shrink with each new strike, Rockefeller chose to monopolize oil refining and transportation.

In 1870 he formed Standard Oil, and in 1882 he created the Standard Oil Trust, which allowed him to set up new, ostensibly independent, companies, including the Standard Oil Company of New Jersey (Jersey Standard); Rochester, New York-based Vacuum Oil; and Standard Oil of New York (nicknamed Socony).

Initially capitalized at $70 million, the Standard Oil Trust controlled 90% of the petroleum industry. In 1911, after two decades of political and legal wrangling, the Supreme Court broke up the trust into 34 companies, the largest of which was Jersey Standard.

Walter Teagle, who became president of Jersey Standard in 1917, secretly bought half of Humble Oil of Texas (1919) and expanded operations into South America. In 1928 Jersey Standard joined in the Red Line Agreement, which reserved most Middle East oil for a few companies.

Teagle resigned in 1942 after the company was criticized for a prewar research pact with German chemical giant I.G. Farben.

The 1948 purchase of a 40% stake in Arabian American Oil Company, combined with a 7% share of Iranian production bought in 1954, made Jersey Standard the world’s #1 oil company at that time.

Meanwhile, Vacuum Oil and Socony reunited in 1931 as Socony-Vacuum, and the company adopted the Flying Red Horse (Pegasus — representing speed and power) as a trademark. The fast-growing, diversifying company changed its name to Socony Mobil Oil in 1955 and became Mobil in 1976.

Other US companies, still using the Standard Oil name, objected to Jersey Standard’s marketing in their territories as Esso (derived from the initials for Standard Oil). To end the confusion, in 1972 Jersey Standard became Exxon, a name change that cost $100 million.

Nationalization of oil assets by producing countries reduced Exxon’s access to oil during the 1970s. Though it increased exploration that decade and the next, Exxon’s reserves shrank.

Oil tanker Exxon Valdez spilled some 11 million gallons of oil into Alaska’s Prince William Sound in 1989. Exxon spent billions on the cleanup, and in 1994 a federal jury in Alaska ordered the company to pay $5.3 billion in punitive damages to fishermen and others affected by the spill. (Exxon appealed, and in 2001 the jury award was reduced to $2.5 billion, and in 2008 to $507.5 million).

With the oil industry consolidating, Exxon merged its worldwide oil and fuel additives business with that of Royal Dutch/Shell in 1996. The next year, under FTC pressure, Exxon agreed to run ads refuting claims that its premium gas enabled car engines to run more efficiently.

Still, Exxon was unstoppable. It acquired Mobil for $81 billion in 1999; the new company had Raymond at the helm and Mobil’s Lucio Noto as vice chairman.

(Noto retired in 2001.) To get the deal done, Exxon Mobil had to divest $4 billion in assets. It agreed to end its European gasoline and lubricants joint venture with BP and to sell more than 2,400 gas stations in the US.

In 2000 Exxon Mobil sold 1,740 East Coast gas stations to Tosco for $860 million. It sold a California refinery and 340 gas stations to Valero Energy for about $1 billion.

More than a decade after the Exxon Valdez wreaked environmental havoc off the shores of Alaska, Exxon Mobil attempted to atone in 2001 by joining the California Fuel Cell Partnership, a group studying possible alternatives to, and supplements for, gasoline in fuel-burning engines.

That year Exxon Mobil also announced that it was proceeding with a $12 billion project (with Japanese, Indian, and Russian partners) to develop oil fields in the Russian Far East.

In 2002 Exxon Mobil sold its 50% stake in a Colombian coal mine as part of its strategy to divest coal assets in order to focus on its core businesses. That year the company sold its Chilean copper mining subsidiary (Disputada de Las Condes) to mineral giant Anglo American for $1.3 billion.

Exxon Mobil sold its 3.7% stake in China Petroleum & Chemical Corp. (Sinopec) in early 2005. Later that year the company was ordered to pay $1.3 billion to about 10,000 gas station owners for overcharges dating back to 1983; the average amount for each station owner was about $130,000.

Shortages caused by Hurricane Katrina prompted Exxon Mobil to receive a 6 million barrel of crude oil loan, primarily from the US Strategic Petroleum Reserve, and increase gasoline production at its Baton Rouge facility.

Exiting the low-margin retail gasoline business in order to focus on its other operations, in 2008 the company began to sell to distributors its remaining 820 company-owned US gas stations and another 1,400 outlets operated by dealers.

In 2009 the company signed up to partner with TransCanada to jointly develop the $26 billion Alaska Pipeline Project. A long-term project, if and when built, the pipeline will deliver natural gas from Alaska’s North Slope to US markets.

Also in 2009 it made its first major investment in developing biofuels, agreeing to spend $600 million in an algae-to-fuel project with biotech firm Synthetic Genomics.

In a move to replace the decline of oil reserves from its mature fields, in 2010 Exxon Mobil acquired XTO Energy. The $41 billion all-stock deal sharply boosted Exxon shale properties in the continental US, including the Haynesville shale.

Exxon followed up by acquiring Ellora Energy that same year for $695 million, which further solidified Exxon’s Haynesville position in Texas and Louisiana.

In 2010, in response to the BP oil rig disaster in the Gulf of Mexico, Exxon Mobil joined forces with other US oil companies to create a $1 billion rapid-response joint venture capable of capturing and containing some 100,000 barrels of oil in water depths of 10,000 feet.

In 2011 the company reported a major oil find in the Gulf, with potentially 700 million barrels of recoverable oil equivalent.

In 2012 Saudi Basic Industries Corporation and Exxon Mobil agreed to build a world-scale specialty elastomers facility (to be completed in 2015) at the Al-Jubail Petrochemical Company manufacturing joint venture in Saudi Arabia.

To raise cash to pay down debt, in 2012 the company sold its North Sea assets to Apache for $1.25 billion.

In 2013 Rosneft and Exxon Mobil agreed to expand their cooperation under their 2011 Strategic Cooperation Agreement to include an additional 150 million acres of exploration acreage in the Russian Arctic and potential participation by Rosneft in the Point Thomson project in Alaska.

They also agreed to conduct a joint study on a potential LNG project in the Russian Far East. (In 2011 Exxon Mobil agreed to spend $1 billion in a joint venture with Rosneft to jointly explore oil and gas fields in the Black Sea.).

However, US economic sanctions on Russia in 2014 forced the company to suspend its operations in the Arctic with Rosneft.

In 2013 Exxon Mobil acquired Canada’s Celtic Exploration for about about $2.5 billion, Exxon Mobil’s largest transaction since it bought Texas’ XTO Energy for a whopping $41 billion in 2010.