Everything About OMV – $OMV.AV the Austrian oil and gas company 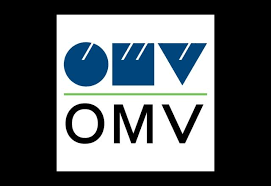 What OMV is doing in more details?

The bulk of OMV’s sales come from refining and marketing, with the company operating three refineries. OMV is focusing on growing its exploration and production assets.

Where OMV is Operating?

The company operates in three major segments. OMV Exploration and Production’s core countries in Romania and Austria, OMV is focusing on reducing the natural decline and on enhancing the recovery rates from mature fields.

It is looking to find new growth areas within the Caspian, Middle East and Africa regions. OMV Gas and Power ensures the supply of natural gas to its customers via a 2,000 km gas pipeline in Austria.

Its natural gas network, serving about 90% of Austria’s natural gas demand, draws gas supplies from Russia, Norway, and Germany, as well as from domestic reserves. Austria’s gas market, now dominated by OMV, is slated for full competition, and OMV is among state-controlled companies set for full privatization.

The company operates a gas pipeline network in Austria and owns gas storage facilities with a capacity of 2.7 bcm (30 TWh).

OMV Solutions, is the integrated shared service center for all of the OMV Group companies. Its portfolio spans IT, financial services, and human resources administration.

Where is the geographical reach of OMV?

OMV gets the bulk of its oil and gas from Austria and Romania, but it also has assets in Africa, Norway, and the UK. The company operates refineries in Schwechat (Austria), Burghausen (Germany), and Petrobrazi (Romania).

What is OMV’s Sales and Marketing Strategy?

The company sells its product through industrial customers, local distribution companies, and wholesalers which focus on multi-country customers.

What is OMV Financial Performance?

OMV’s revenues decreased by 15% in 2014, primarily due to decrease in gas and power sales due to the impairments of the Brazi power plant in Romania and the goodwill related to the Petrol Ofisi acquisition.

The company’s net income declined by 69% in 2014 due to lower revenues and changes in interest expenses.

OMV’s cash inflow decreased by 11% that year, primarily due to lower net income and changes in working capital as a result of changes in short-term provisions.

What is OMV Future Strategy?

Reorganizing to be more operationally efficient, in 2015 OMV integrated the Gas and Power and Refining and Marketing business segments. In 2014, the company sold its 45% stake in the German Bayernoil refinery network.

The remaining OMV refineries were integrated into crude and/or petrochemicals with the associated competitive advantages in its core markets.

Exploration and production is the growth driver of OMV. As part of OMV’s strategy to build up a new exploration business in the region of Sub-Saharan Africa, in 2014 the company signed an agreement with Tullow Oil, an exploration-led company, successful in finding and developing new resources in Africa.

The first steps were taken with entries into offshore Madagascar, Gabon, and Namibia.

In 2013 the company announced plans to direct more than two-thirds of future investments towards exploration and production of oil and gas. It also plans to grow its integrated natural gas assets and restructure its downstream business by selling non-core refining and marketing assets.

What are OMV’s Mergers and Acquisitions?

As part of OMV’s strategy of focusing on exploration and production in politically stable markets, in 2013 the company acquired assets in Norway and the UK (West of Shetland area) from Statoil.

It bought 19% in the producing Gullfaks field and 24% in the Gudrun field; both offshore oil and gas fields on the Norwegian Continental Shelf. In addition, OMV took over 30% in Rosebank and 5.88% in Schiehallion, both located west of the Shetland Islands and assets where OMV already holds a stake in.

Oil exploration began in Austria in the 1920s, largely as joint ventures with foreign firms such as Shell and Socony-Vacuum. Full-scale production did not get underway until 1938, when the Anschluss (the absorption of Austria by Germany) paved the way for Germany to exploit Austria’s natural resources to fuel its growing war machine.

The Russian-administered oil assets were transferred to the new Austrian government in 1955, which authorized the company Österreichische Mineralölverwaltung (ÖMG) in 1956 to control state oil assets.

ÖMG, state-controlled by the Austrian Mineral Oil Administration, set about building a major refinery in 1960 and acquiring marketing companies Martha and ÖROP in 1965.

In 1968 ÖMG became the first Western company to sign a natural gas supply contract with Russia. In 1974 the company commissioned the Trans-Austria Gas Pipeline, which enabled the supply of natural gas to Italy.

That year ÖMG changed its name to ÖMV Aktiengesellschaft (ÖMV became OMV in 1995 for international markets).

During the 1970s OMV expanded its crude supply arrangements, tapping supplies from Iran, Iraq, Libya, and other Middle Eastern countries. It moved into oil and gas exploration in the mid-1980s, forming OMV Libya (acquiring 25% of Occidental’s Libyan production) and OMV UK.

With Austria moving toward increasing privatization, in 1987 about 15% of OMV’s shares were sold to the public. The government sold another 10% two years later. In 1989 OMV acquired PCD Polymere. With the aim of merging state-owned oil and chemical activities, OMV acquired Chemie Linz in 1990.

The company also opened its first OMV-branded service station that year. In 1994 OMV reorganized itself as an integrated oil and gas group based in Central Europe, with international exploration and production activities, and with other operations in the chemical and petrochemical sectors.

In 1995 OMV acquired TOTAL-AUSTRIA, expanding its service stations by 59. The company introduced OMV lubricants to the Greek market in 1996. It also expanded its OMV service station network in Hungary to 66 stations after acquiring 31 Q8 (Kuwait) sites. In 1997 the Stroh Company’s retail network in Austria was merged into OMV.

Expanding its retail network even farther, OMV acquired BP’s retail network in the Czech Republic, Slovakia, and Hungary in 1998. It also sold its stake in Chemie Linz and acquired a 25% stake in major European polyolefin producer Borealis, which in turn acquired PCD Polymere.

In 1999 the company pushed its retail network into Bulgaria and Romania. That year OMV also acquired Australian company Cultus Petroleum.

OMV and Shell agreed to develop North Sea fields together in 2000. That year OMV also formed a joint venture with Italy’s Edison International to explore in Vietnam and acquired more than 9% of Hungarian rival MOL. It upped that stake to 10% in 2001.

In 2002 OMV opened its first gas station in Serbia and Montenegro. It also increased its German gas station count from 79 to 151 with the purchase of 32 units from Royal Dutch Shell and 40 stations from Martin GmbH & Co.

In 2003 the company acquired Preussag Energie’s exploration and production assets for $320 million. That year the company moved into Bosnia-Herzegovina, opening nine gas stations.

During 2004 the company bought up 51% of Romania’s Petrom, making it the top oil and gas producer in Central Europe. As part of the deal, OMV chose to divest itself of its quarter-chunk of Rompetrol.

In a major consolidation move, in 2006 OMV agreed to buy Austrian power firm Verbund for $17 billion, but the move was rebuffed by government regulators.

The next year the company announced plans to merge with Hungary’s energy powerhouse MOL, but those plans were called off as well, due to European Commission regulatory concerns in 2008.

After plans to merge with Hungary’s MOL went south, OMV the next year sold its 21% stake in it to Russian oil company Surgutneftegas for ?1.4 billion ($1.85 billion). Also in 2009, in keeping with its focus on retail markets in the Danube region, southeastern Europe, and the Black Sea region, OMV sold subsidiary OMV Italia; San Marco Petroli acquired the network of about 100 gas stations in the northern Italian region of Triveneto.

OMV has been disposing of some of its heating oil operations. In 2008 it unloaded Bayern GmbH, and it plans to sell its OMV Wärme VertriebsgmbH by the end of 2010.

At that point, the sale of heating oil to private clients will be handled by partners, but OMV will continue to service corporate customers.

Eyeing new areas of exploration, that year OMV also acquired a 10% stake in Pearl Petroleum, giving it access to gas-condensate fields in Iraq.

In 2010 the company boosted its share of Turkey-based oil products company Petrol Ofisi (renamed OMV Petrol Ofisi) from 42% to 96%, by acquiring a 54% stake from Dogan Holding for about $1.4 billion. The deal gave OMV access to not only Turkey but the Caspian region and the Middle East.

The acquisition of full control (in 2010) of Petrol Ofisi, Turkey’s leading filling station and retail business with the only nationwide filling station network in the country (approximately 2,300 stations), built a strategic bridge in the growth market of Turkey.

In a further push to grow in the Middle East, in 2011 the company acquired two Tunisia-based exploration and production units from Pioneer Natural Resources for $866 million. It also boosted its footprint in Pakistan, acquiring Petronas Carigali (Pakistan) Ltd. in 2011.

In 2012 the company sold its gas station subsidiary in Croatia. That year it boosted it E&P assets, entering Abu Dhabi, and acquiring natural gas assets in Norway.