Everything About ONEOK – $OKE.US the midstream service provider 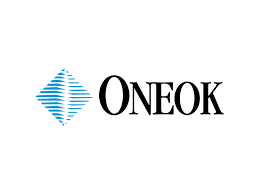 ONEOK, Inc. is a diversified energy company. The Company is involved in the natural gas and natural gas liquids business across the United States.

What ONEOK is doing in more details?

ONEOK is an Oklahoma-based midstream service provider that owns one of the nation’s premier NGL systems, connecting NGL supply in the Rocky Mountain, Permian and Mid-Continent regions with key market centers and an extensive network of natural gas gathering, processing, storage and transportation assets.

The company have an ownership interest in FERC-regulated NGL gathering and distribution pipelines in Oklahoma, Kansas, Texas, New Mexico, Montana, North Dakota, Wyoming and Colorado, and terminal and storage facilities in Missouri, Nebraska, Iowa and Illinois.

Where ONEOK is Operating?

The Natural Gas Liquids segment, owns and operates facilities that gather NGLs and then fractionate and treat them, separating them into NGL products, primarily in Oklahoma, Kansas, Texas, New Mexico and Rocky Mountain regions.

The NGL products are then held in storage facilities or distributed to customers, such as petrochemical manufacturers, heating fuel users, ethanol producers, refineries, exporters and propane distributors.

The Natural Gas Gathering and Processing segment serves producers of natural gas in Kansas, Montana, North Dakota, Oklahoma, and Wyoming. Raw natural gas is typically gathered at the wellhead, compressed and transported through pipelines to their processing facilities.

The NGLs separated from the natural gas are delivered through NGL Pipelines to fractionation facilities for further processing.

Its assets are connected to key supply areas and demand centers, including export markets in Mexico via Roadrunner joint venture and supply areas in Canada and the United States via its interstate and intrastate natural gas pipelines and Northern Border Pipeline joint venture, which enables the company to provide essential natural gas transportation and storage services to end-users.

Where is the geographical reach of ONEOK?

It has pipeline and plants in some 15 US states, with much of its infrastructure in Oklahoma, Kansas, and Texas, though its operations stretch as far as Tennessee, Montana, and Wyoming.

What is ONEOK’s Sales and Marketing Strategy?

What is ONEOK Financial Performance?

The company’s revenue fell by 4% over the last five years. Sales in 2020 decreased 16% to $8.5 billion compared to $10.2 billion in 2019. Changes in commodity prices and sales volumes affected both revenue and cost of sales and fuel.

The decrease was due to an increase of $102.2 million in depreciation expense due to capital projects placed in service and higher interest expense related to an increase in its debt balance and lower capitalized interest and noncash impairment charges related to equity investments in its Natural Gas Gathering and Processing and Natural Gas Liquids segments, offset partially by net gains on extinguishment of debt related to open market repurchases.

Cash from operations contributed $1.9 billion to the coffers, while investing activities used $2.3 billion, mainly for capital expenditures. Financing activities provided $874.9 million, primarily in the form of issuance of long-term debt.

What is ONEOK Future Strategy?

ONEOK’s primary business strategy is to maintain prudent financial strength and flexibility while growing its fee-based earnings and dividends per share with a focus on safe, reliable, environmentally responsible, legally compliant and sustainable operations for customers, employees, contractors and the public through the following: operate in a safe, reliable, environmentally responsible and sustainable manner; pursue organic investments in existing operating regions to support earnings growth; manage balance sheet and maintain investment-grade credit ratings; and attract, select, develop, motivate, challenge and retain a diverse group of employees to support strategy execution.

What is ONEOK’s Background?

ONEOK is founded in 1906, originally as an intrastate natural gas pipeline business in Oklahoma. Today, the company is one of the US’ premier energy companies involved in the natural gas and natural gas liquids businesses. ONEOK is a FORTUNE 500 company and listed in the S&P 500.

What is ONEOK’s History?

In 1906 Oklahoma Natural Gas (ONG) was founded to pipe natural gas from northeastern Oklahoma to Oklahoma City. A 100-mile pipeline was completed the next year. In 1921 ONG created two oil companies to pump out the oil it found as a result of its natural gas exploration.

ONG changed hands many times in the 1920s, ending up with utility financier G. L. Ohrstrom and Company, which milked it dry by brokering acquisitions (purchasing gas properties and then selling them to ONG) and collecting fees.

Stock sales drove revenues, inflating the stock’s price, and the inflated price triggered more stock sales. The bubble burst on October 29, 1929. A series of leadership changes ensued, and in 1932 the company was dissolved and reincorporated.

In the late 1930s the company pioneered a type of underground storage that injected gas into depleted gas reservoirs in the summer and withdrew it during winter’s peak use times.

The 1950s and 1960s saw the company expand. In 1962 it created its first subsidiary, Oklahoma Natural Gas Gathering Company, selling gas out of state and therefore subject to federal regulation.

ONG was not affected in the lean 1970s by federal laws that kept wellhead prices low for gas transported across state lines because its main operations were confined to Oklahoma.

Congress deregulated wellhead prices in 1978, spurring exploration but causing great price fluctuations in the 1980s. In 1980 ONG changed its name to ONEOK.

In the 1980s ONEOK signed take-or-pay contracts, which forced it to pay for gas offered by its suppliers even if it had no customers. When recession in the 1980s caused demand to drop, ONEOK had to pay for high-priced natural gas it couldn’t sell.

In 1988 the company was ordered to pay some $50 million to supplier Forest Oil of Denver. A year later ONEOK was sued for allegedly failing to tell stockholders about the take-or-pay agreements (settled in 1993 for $5.5 million).

It later sold more than half of its oil and gas reserves to Mustang Energy for $52 million to finance the Forest Oil court award. The company was still settling lawsuits over the agreements into the 1990s; it settled the last of the claims by 1998.

The acquisition doubled the number of ONEOK’s customers and increased its gas marketing, gathering, and transmission operations.

The company also acquired Southern Union’s Texas natural gas distribution business (540,000 customers), as well as Southern Union’s stake in a Mexican gas utility and its propane distribution, gas marketing, and gas transmission operations in the southwestern US, for $420 million.

In 2013 the company announced plans to invest $440 million in the natural gas liquids-rich area in the Powder River Basin in Wyoming to by a 50-million cubic feet per day natural gas processing facility in Wyoming (the Sage Creek plant and related infrastructure) for $305 million.

In 2017, ONEOK completed its $9.3 billion purchase of ONEOK Partners, a subsidiary that has, and will for the foreseeable future, generate the majority of ONEOK’s revenue. Prior to the purchase, ONEOK owned about 40% of ONEOK Partners and the investing public owned the remaining shares.

With the merger complete, ONEOK Partners is a wholly-owned subsidiary of ONEOK and its shares no longer trade on public markets. ONEOK funded the acquisition with stock, doubling its number of issued shares.