Everything About PetroChina – $857.HK the largest oil and gas producer in China 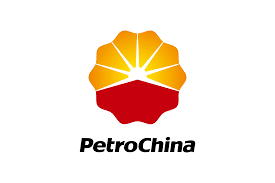 What PetroChina is doing in more details?

What PetroChina is doing in more details?

If you want petroleum in China or elsewhere, then PetroChina is your company. A subsidiary of state-owned China National Petroleum Corporation (CNPC), PetroChina produces two-thirds of China’s oil and gas. The company has proved reserves of 10.8 billion barrels of oil and 69.3 trillion cu. ft. of natural gas.

In China it owns more than 53,400 kilometers of natural gas and refined products pipeline, and operates 29 refineries and 13 chemical plants. PetroChina was created in 2000 as a separate company to initially manage the domestic operations — and in recent years some key international assets — of CNPC.

What is PetroChina Future Strategy?

PetroChina is taking advantage of the growing consumption of natural gas in China by expanding its transmission infrastructure. It is also expanding its oil reserves and refining operations through the purchase of international oil fields and refineries, including several assets from its parent.

In 2015 the company agreed to sell 50% of Central Asia Natural Gas Pipeline Co. to Mansong Holdings Ltd, a subsidiary of China Reform Holdings Corp. Ltd. for 15 billion to 15.5 billion yuan.