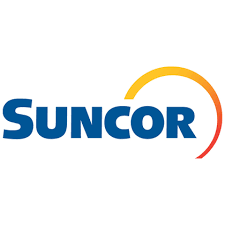 What Suncor Energy is doing in more details?

uncor explores for, acquires, develops, produces and markets crude oil in Canada and internationally; the company transports and refines crude oil, and markets petroleum and petrochemical products primarily in Canada.

Where Suncor Energy is Operating?

Suncor’s E&P segment (some 5%) consists of offshore operations off the east coast of Canada and in the North Sea, the Norwegian Sea and the Norwegian North Sea and onshore assets in Libya and Syria. This segment also includes the marketing and risk management of crude oil and natural gas.

Suncor’s Refining and Marketing segment accounts for about 55% of total revenue, consists of two primary operations, the refining and supply and marketing operations discussed below, as well as the infrastructure supporting the marketing, supply and risk management of refined products, crude oil, natural gas, power and byproducts.

Where is the geographical reach of Suncor Energy?

The company has operations in Canada, Germany, Libya, the Norway, Syria, the UK, and the US. Canada accounted for about 85% of Suncor Energy’s revenues.

What is Suncor Energy’s Sales and Marketing Strategy?

The company’s primary markets for synthetic oil and bitumen production from Suncor’s Oil Sands segment, including PFT bitumen from Fort Hills, include refining operations in Alberta, Ontario, Quebec, the US Midwest and the US Rocky Mountain regions, and markets on the US Gulf Coast.

Diesel production from upgrading operations is sold primarily in Western Canada and the US.

Suncor’s retail service station network operates nationally in Canada primarily under the Petro-Canada brand. This network consists of more than 1,560outlets across Canada.

Suncor’s Colorado retail network consists of some 45 owned or leased Shell, Exxon or Mobil branded outlets. Suncor also has product supply agreements with about 135 Shell-branded sites in both Colorado and Wyoming, and with more than 60 Exxon and Mobil-branded sites in Colorado.

What is Suncor Energy Financial Performance?

The company’s revenue for fiscal 2020 decreased to $25.1 billion compared from the prior year with $39.0 billion.

Net loss for fiscal 2020 increased to $4.3 billion compared from the prior year with a net income of $2.9 billion.

Cash held by the company at the end of fiscal 2020 decreased to $1.9 billion. Cash provided by operations and financing activities were $2.7 billion and $1.8 billion, respectively. Cash used for investing activities was $4.5 billion, mainly for capital and exploration expenditures.

What is Suncor Energy Future Strategy?

Following a successful commercial-scale evaluation in 2018, the company began a phased implementation of AHS at its operated mine sites. AHS were deployed at the North Steepbank mine in 2018 and at Fort Hills in 2020. Full implementation at the Oil Sands Base Millennium mine is expected to be completed in 2024.

What is Suncor Energy’s Background?

To focus on its growth markets and to pay down debt, in 2013 the company agreed to sell its conventional natural gas business in Western Canada to a Centrica and Qatar Petroleum partnership for $1 billion.

To further develop its oil sands assets, in 2010 the company formed a strategic alliance with TOTAL.

As part of the deal, France-based TOTAL paid Suncor Energy about $1.7 billion to acquire 19% of Suncor Energy’s 60% interest in the Fort Hills mining project and a 49% stake in the Voyageur Upgrader project near Fort McMurray.

Suncor Energy acquired about 37% of TOTAL’s stake in the Joslyn project.

Boosting its profile as an integrated energy company, in 2009 the company acquired Petro-Canada in a $15 billion deal. The acquisition created an energy behemoth with extensive holdings in oil sands, solid conventional exploration and production assets, and a major refining and retailing network.

Following the Petro-Canada deal the company divested about $1.5 billion of non-core assets in Western Canada, the US, Trinidad and Tobago, and the North Sea. In 2010 Suncor Energy sold its North Sea exploration assets (of Petro Canada Netherlands) to Dana Petroleum for $393 million.

Later that year it sold a pair of natural gas properties in Alberta to a subsidiary of Abu Dhabi National Energy Company for $285 million. It also sold its Wildcat Hills assets, which produce some 80 million cu. ft. of natural gas per day, to Direct Energy for about $360 million.