Everything About TotalEnergies SE – $TTE.FP the broad energy company 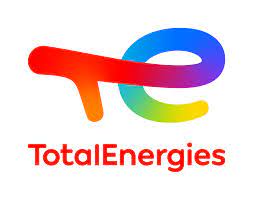 What TotalEnergies is doing in more details?

Total SE, is a broad energy company that produces and markets fuels, natural gas, and electricity. The company operates in more than 130 countries. In 2020, the company finalized the acquisition of a 37.4% interest in Adani Gas.

In terms of sales, Europe accumulated almost 50% of the total revenue. In early 2021, Total SE proposes to change its name to TotalEnergies as part of its plan to become a broad energy company amid the global clean energy transition.

Where TotalEnergies is Operating?

The Marketing and Services segments accounts for 45%. This segment includes the global activities of supply and marketing in the field of petroleum products.

The Integrated Gas, Renewables & Power segment is comprised of integrated gas (including LNG) and low carbon electricity businesses. It includes the upstream and midstream LNG activity that was previously reported in the Exploration & Production segment.

The segment accounts for more than 10% of total revenue.

The Exploration & Production segment brings in nearly 5% of revenue.

Where is the geographical reach of TotalEnergies?

France-based TotalEnergies has presence in more than 130 countries across five continents. Largest sales are evident in Europe for nearly 50% of the total revenue, followed by France with around 20%.

What is TotalEnergies’s Sales and Marketing Strategy?

What is TotalEnergies Financial Performance?

In 2020, Non-Group sales decreased by 32% for the Exploration & Production segment, 14% for the Integrated Gas, Renewables & Power segment, 35% for Refining & Chemicals segment and 27% for the Marketing & Services segment.

The company’s net income in 2020 decreased by $4.1 million to $7.3 billion compared to $11.4 billion in 2019, due to exceptional asset impairments, notably on Canadian oil sands assets.

Cash held by the company at the end of 2020 increased by $3.9 million to $31.3 billion compared to $27.4 billion in the prior year. Cash provided by operations was $14.8 billion, while investing activities used $13.1 billion, and financing activities generated $1.4 billion.

What is TotalEnergies Future Strategy?

2020 represents a pivotal year for TOTAL’s strategy with the announcement of its ambition to get to net zero emissions (Net Zero), together with society.

The company affirms its plan to transform itself into a broad energy company to meet the dual challenge of the energy transition: more energy, fewer emissions. Thus, TOTAL’s profile will be transformed over the 2020-30 decade: the growth of energy production will be based on two pillars, LNG and Renewables & Electricity, while oil products are expected to fall from 55% to 30% of sales.

To anchor this transformation, the company will propose to its shareholders at the Annual General Meeting to be held on May 28, 2021, changing its name to TotalEnergies. They will thus have the opportunity to endorse this strategy and the underlying ambition to transition to carbon neutrality.

In 2020, TotalEnergies secured its investments in Renewables & Electricity ($2 billion) and accelerated the implementation of its strategy to grow renewables, adding 10 GW to its portfolio.

With the acquisition at the start of 2021 of a 20% stake in Adani Green Energy Limited (AGEL), one of the largest solar developers in the world, and of portfolios of projects in the United States, the company now has a portfolio of gross installed capacity, under construction and in development of 35 GW by 2025, with more than 20 GW already benefiting from long-term power purchase agreements.

What are TotalEnergies’ Mergers and Acquisitions?

In 2021, TotalEnergies has signed a Sale and Purchase Agreement (SPA) with Novatek to acquire 10% of Arctic Transshipment LLC, a wholly owned subsidiary of Novatek, which owns and will operate two liquefied natural gas (LNG) transshipment terminals being built in the Murmansk and Kamchatka regions of Russia.

These terminals will provide export logistics services, including to the Arctic LNG 2 project under construction, and will each initially include a 360,000 m3 floating storage unit (FSU) and two ship-to-ship transfer kits (STS).

TotalEnergies is a 19.4% shareholder in Novatek and holds a 20% stake in Yamal LNG, a project that started up in December 2017 and produced more than 18.8 million tons of LNG in 2020. The company also holds a 10% stake in Arctic LNG 2, a project currently under construction and on track to deliver its first LNG cargo in 2023.

In early 2021, TotalEnergies announces the acquisition of a 20% minority interest in Adani Green Energy Limited (AGEL) from Adani Group.

The transaction marks the deepening partnership between the Adani Group ? India’s leading infrastructure platform – and Total, in the transition and green energy fields in India.

The investment in AGEL is another step in the strategic alliance between Adani Group and Total, which covers investments in LNG terminals, gas utility business, and renewable assets across India.

This is in line with the commitment of both Adani and Total to be leading participants in the sustainable economy of the future and help India in its quest for development of renewable energy.

What is TotalEnergies’ History?

A French consortium formed the Compagnie Française des Pétroles (CFP) in 1924 to develop an oil industry for the country. Lacking reserves within its borders, France had a 24% stake in the Turkish Petroleum Company (TPC), acquired from Germany in 1920 as part of the spoils from WWI.

When oil was discovered in Iraq in 1927, the TPC partners (CFP; Anglo-Persian Oil, later BP; Royal Dutch Shell; and a consortium of five US oil companies) became major players in the oil game.

After WWII, CFP diversified its sources for crude, opening a supply in 1947 from the Venezuelan company Pantepec and making several major discoveries in colonial Algeria in 1956.

It also began supplying crude to Japan, South Korea, and Taiwan in the 1950s. To market its products in North Africa and France and other European areas, it introduced the brand name TOTAL in 1954. It began making petrochemicals in 1956.

Decades later, in 1985, the company adopted its brand name as part of its new name, TOTAL Compagnie Française des Pétroles, shortened in 1991 to TOTAL.